Kunsthalle Bielefeld, designed by New York architect Philip Johnson and opened in 1968 as a museum and exhibition centre for international 20th century art, is a crowd-puller and one of the city’s landmarks. 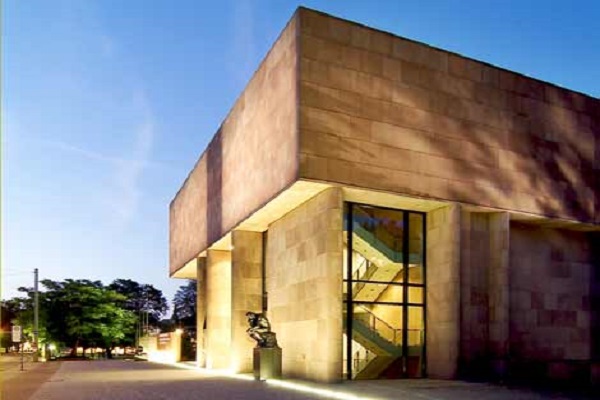 The famous cube-shaped modern building of red sandstone is also part of the architectural route ”Museum & Architektur”. Apart from first-rate temporary exhibitions, the collection of twentieth-century art includes works by Picasso, Sonia and Robert Delaunay, Max Beckmann, Man Ray and others. The public sculpture park nearby was redesigned in 2008 to the original plans.
The Museum is closed for alterations in between the special exhibitions.